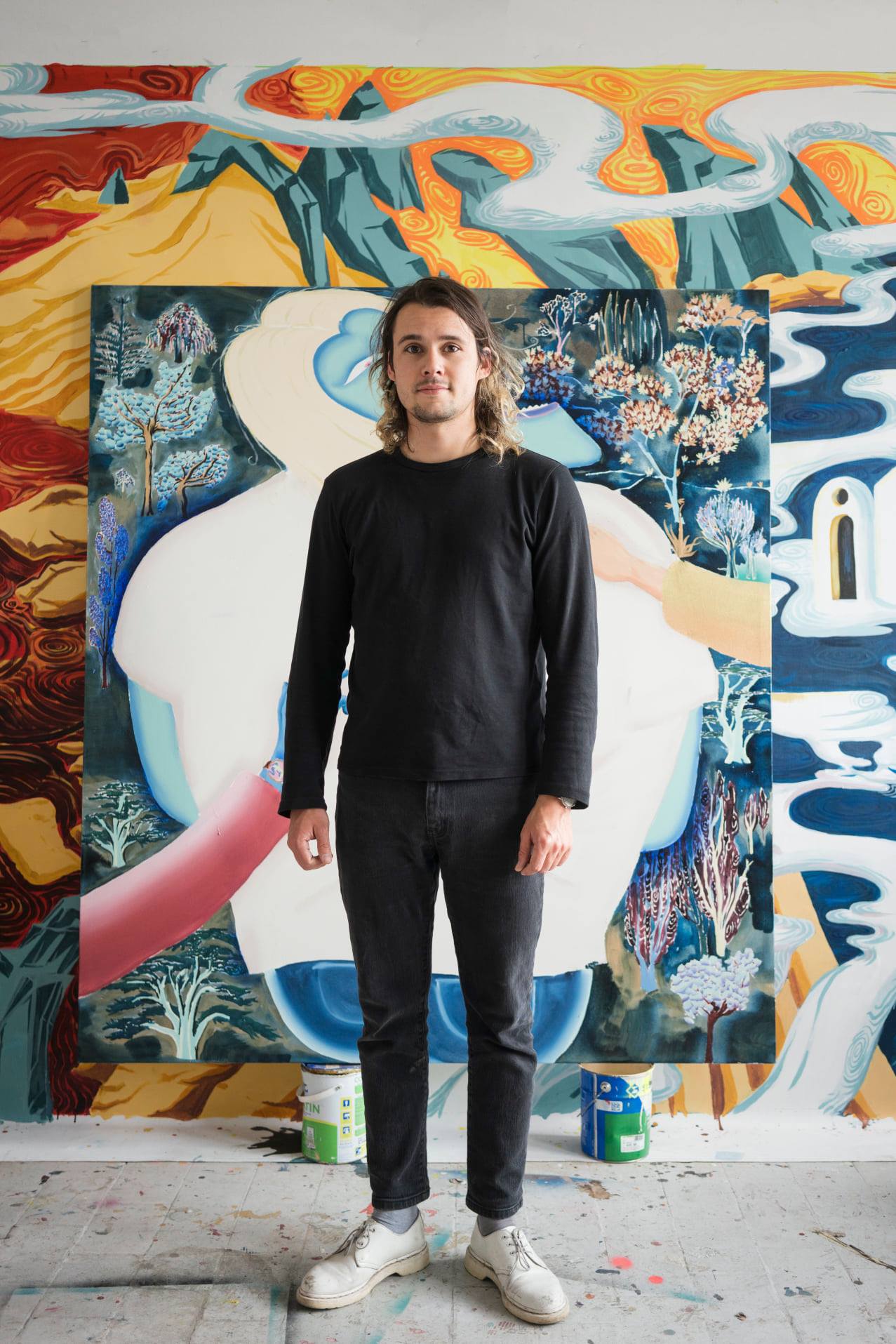 Antoine Carbonne is a French painter living in Brussels.
He graduated from École nationale supérieure de Paris in 2011, and also studied for a year at Hunter College in New York in 2009. Since the end of his studies, he first settled in Paris then moved to Brussels ; its activity is now between both cities.
He has participated in several exhibitions in Europe : MuhKa in Antwerp, 2018 ; Musée des beaux-arts in Brussels, 2021 ; Villa Noailles for example ; as well as in the United States at Rachel Uffner gallery. He regularly collaborates with Hermès for creating decoration and textile.
www.antoine-carbonne.com
@carbonneantoine
#douceur #softspeed #realismemagique #magicrealism
#paitingnarative #fauvism #dream #reve #space #espace
#dreamspace #eye #light #blind #oeil