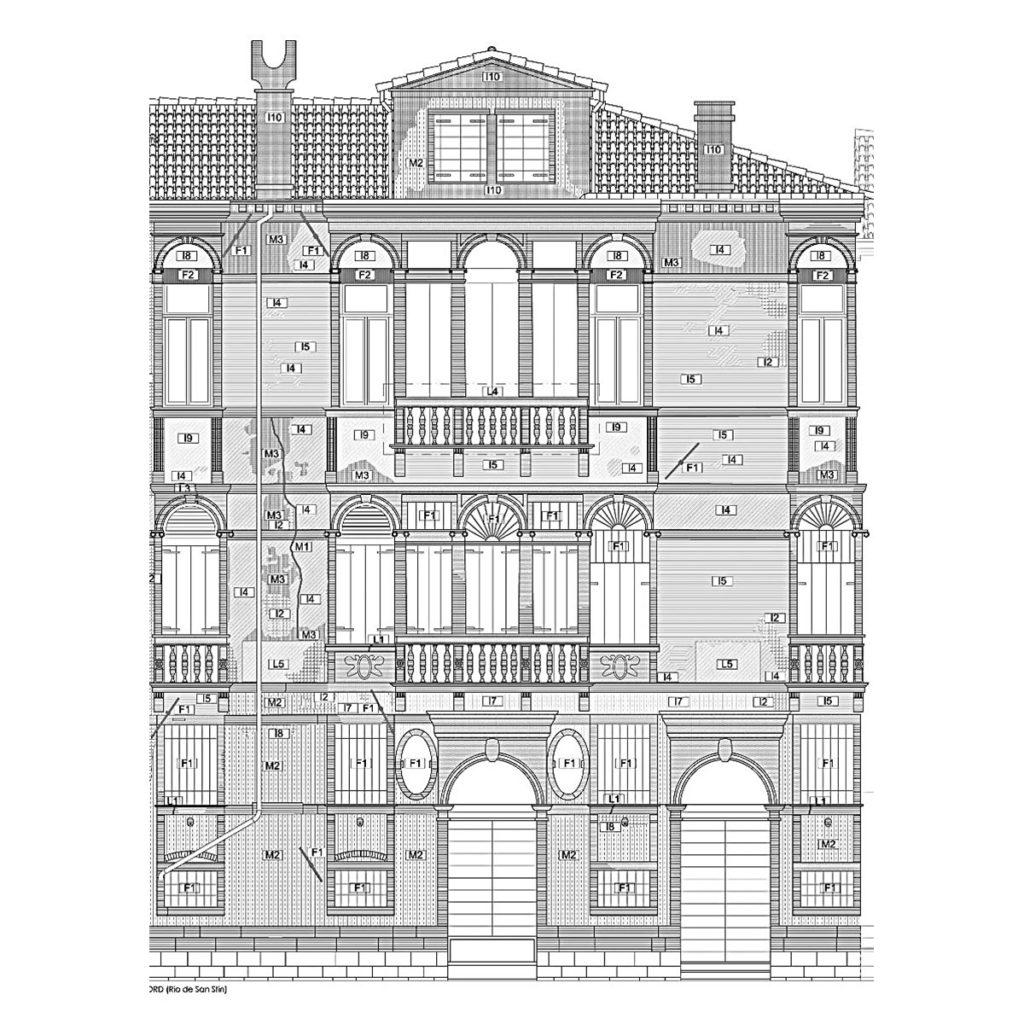 Palazzo Amalteo chooses to settle in Venice as in the subtle, secret and necessary counterweight to the world.

The programing - contemporary art and architecture - is provided by a selection of international curators. Each of these signatures is invited to dare to be bold and to assume one’s biases: immune from effects of consensus.

The ambition is to show the peculiarities of the international creative scene and to offer a fresh perspective on the contemporary data of an exhibition.

Our acronym is spellable not only in Latin, but also in other languages :

Here lies the secret formula of the Palazzo.

A life lived simultaneously in the fields of contemporary art, publishing and Freudian psychoanalysis (trained by Dr. Jacques Lacan).

Amalteo is the name of a noble family belonging to Oderzo, Treviso, several members of whom were distinguished in literature, art and science during the Renaissance period.

The eldest brother, Geronimo, was a celebrated physician and philosopher teaching at the university of Padua; one of his sons, Octavio, was also a philosopher and a physician teaching at the same university. The second brother, Giambattista, accompanied a Venetian embassy to England in 1554, and was secretary to Pius IV at the Council of Trent. The third, Cornelio, was a physician and secretary to the Republic of Ragusa.

The painter Pomponio Amalteo (1505-1588) - who was Pordenone’s pupil and son-in-law - likely comes from this family ; in 1568, Vasari (Lifes of the Most Excellent Painters…) praised the work of the painter : ‘‘il quale per le sue buone qualità meritò d’esser genero del Pordenone’’.

Geronimo commissioned a Palladian architect to build on the bank of Rio San Stin, in the neighborhood of the Frari Church, his secondary residence, Ca’ Amalteo. With its pediment, marble balusters, Serlian windows, the building completed around 1540 adheres to all the principles of Renaissance architecture : proportion and symmetry, balance and grace. Designed in accordance with the precepts that Palladio introduced into architecture in the 1530s, the Palazzo Amalteo is a paragon of the aesthetics of the Venetian Renaissance.