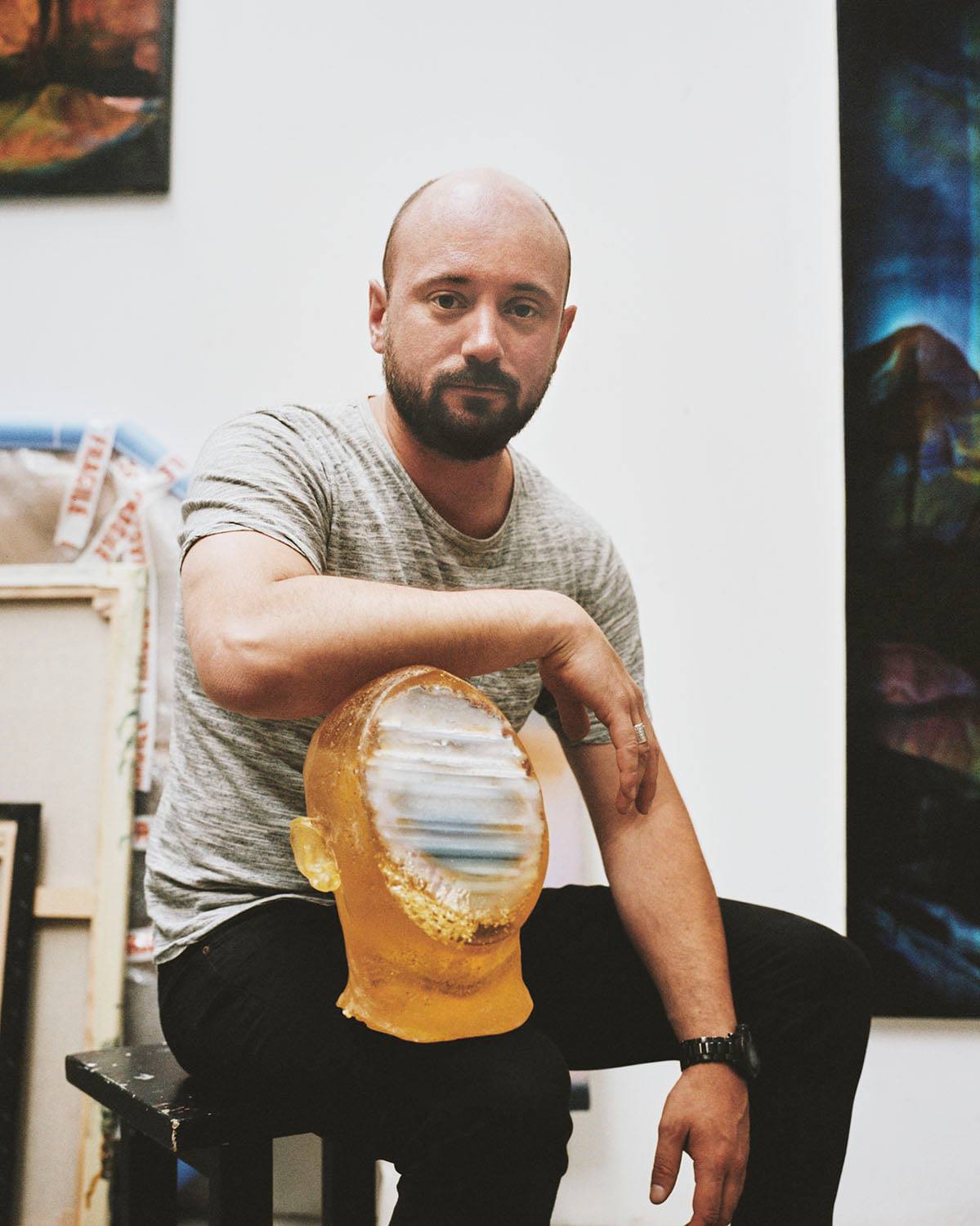 Édouard Wolton was born in Paris in 1986. Lives and works in Paris.
He graduated from École nationale supérieure des beaux-arts de Paris in 2010. During his residency at Centquatre-Paris in 2011, he led a workshop dealing with the relations between sculpture, installation and landscape painting.
He also completed a residency at Spinnerei in Leipzig, Germany, in 2012. He was a member of the cross-workshop between ENS and ENSBA in Paris in 2012. Since then, he has coordinated several collective projects, especially in the field of publishing. Since 2013, he is in particular one of the organizers of Printjam, a collective and international publishing and engraving project ; in 2017 and 2018, he curated also exhibitions of engraved and printed works Printedmatters and Printfighter.
Since 2014, he has been represented in France by Filles du Calvaire gallery where he had two solo exhibitions : Agartha in 2015 and Ultima Thulé in 2020.
He has also exhibited in several art centers such as Musée de mineralogy des Mines in Paris, 2017 ; or at Centre d’art Octave Cowbell in Metz, 2017. He also participated in numerous group exhibitions in France, Europe, China and USA. He coordinated also the cycle of Paris Peinture Plus exhibitions in 2018 and 2019.
www.edouardwolton.com
@edouardwolton
#minéralogie #paysages #glaçis #transparences #théories #astralités
#photométéores #sciencesfictions #reveries #imaginaires