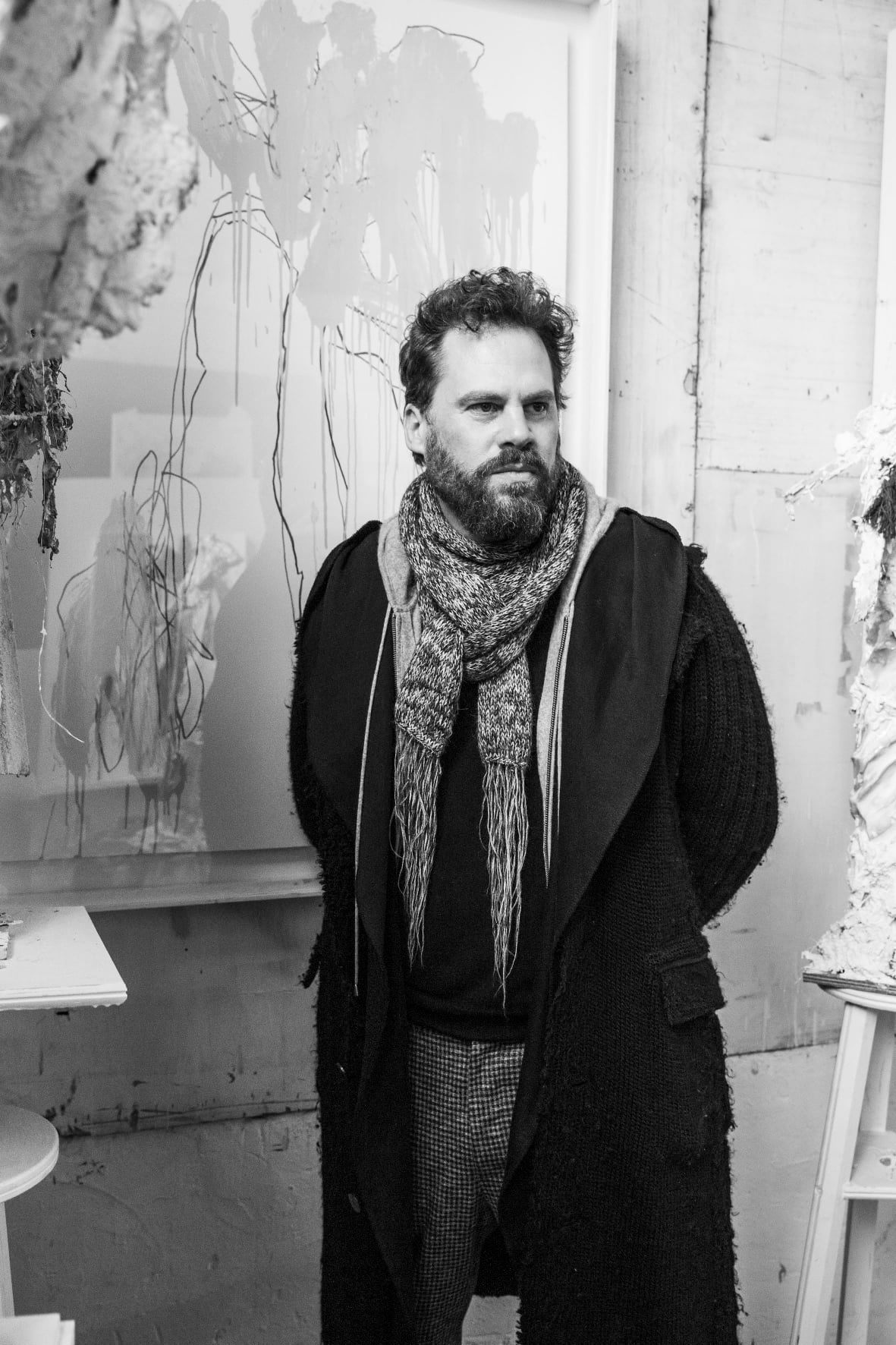 9Born in 1975 in Versailles, Thibault Hazelzet was trained in École des beaux-arts de Versailles and graduated in Art History at Paris X University.
He joined Christophe Gaillard gallery in 2008. In 2009, on the occasion his first solo exhibition, a catalog has been published with a foreword by Quentin Bajac (director of Jeu de Paume, Paris).
Many solo and group exhibitions will follow in Paris, Lyon, Lille, Metz, Brussels… An artwork from his series Narcisse was acquired in 2009 by the Fonds national d’art contemporain.
His whole Babel series (24 photographs) is exhibited at Musée des beaux-arts de Lille in 2012 ; then at Le Botanique, Brussels, in 2013.
The French historian of contemporary photography Michel Poivert actively supports him and has written several texts including The Photographic Ghosts by Thibault Hazelzet for his solo exhibition at the Centre d’arts plastiques de Royan in 2015.
On the occasion of a solo exhibition at Christophe Gaillard gallery in 2017, a new catalogue has been published with an interview by Alain Berland ; a recent monograph has been published for his Casanova exhibition in 2020.
Painter, designer, sculptor, ceramist, photographer, Thibault Hazelzet does not hesitate to use the techniques in parallel, or even to hybridize them in a sometimes complex way.
www.hazelzet.com
@thibaulthazelzet
#transfert #hybrid #abstractfigure #strangeinterior
#sculpturephotopainting #expressifdelirium #monstres #autoportrait
#naked #transmutant